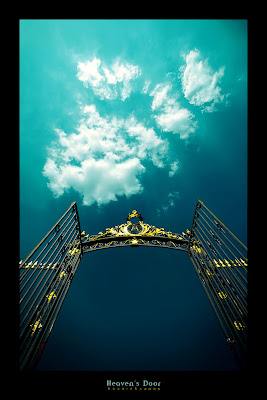 I try to avoid school buses. It's usually a much longer drive either to or from the gym if I get stuck behind that big yellow rectangle, that has the power to stop traffic going either way, for however long it takes for all the "tinies" to get situated and ready to go. There is this one particular spot where it takes so long, that cars usually start finding a new route to avoid the long wait. I am usually behind the long line of cars, that I never understand what takes SO long at this certain house.
Last week, I got the opportunity to be the first car stuck right behind the bus at the house that takes forever. I sat there thinking, "Ok, I have GOT to see what takes these kids so long everyday." A young girl about 12 years old comes out with a huge smile and just an arms length below her is a little boy in a wheel chair. I kept watching and started observing... After she brings out the first one (yes, the first one), she then runs inside and brings out another little tiny in a wheelchair, this time a little girl. Tiny handicap children. So here I am in my car, waiting, and watching these three kids.
Once I saw the second child be wheeled out, the entire scene changed for me. Not just one, but TWO! How unlucky....How sad for this family. Then I started to think what this family might be like. Man, that 12 year old girl pushing them to the bus looked so happy! Joy was radiating off her body, as she waved goodbye to her brother and sister her smile couldn't get any bigger. She didn't seem unlucky. She didn't look sad.
That day reminded me of a chapter in the book "Sex God" that really got me:

I have a new hero. Her name is Lil, and I would guess she’s in her late fifties.

I met her earlier this year when she introduced me to her daughter, whom she

was pushing in a wheelchair. Early in their marriage, Lil and her husband

decided that they would adopt two children. As they became familiar with the

family services system, they learned that there were kids in the system nobody

wanted. So they went to the local adoption agency and asked for the kids with

the most pronounced disabilities, the most traumatic histories, and the most

hopeless futures. They asked if they could have the kids nobody wanted. Over

the past thirty or so years, they have raised well over twenty children, raising

their biological children alongside their adopted children.

When Lil got to this point in her story, she reached down and patted her daugh-

ter and said, “This is Crystal. She’s twenty-seven years old but will be about

six months old developmentally for the rest of her life. She can’t talk or walk

or move or feed herself or do anything on her own. She will be like this, totally

dependent on us, until the day she dies. And I love her so much. My family and

I, we can’t imagine life without her. She makes everything so much better.”

What is Lil doing?

She gives us a glimpse into another realm. Into a better way. The way of God.

ceived lack of worth and said, “No, you are not to be rejected and turned away.

We are going to love you as an equal, as a human, as one of us.”

I don't know this family, I could be wrong about it all. But I'd like to think that joyful twelve year old girl and her family are bringing a little bit of Heaven to earth. At least, that is what I felt like I was witnessing.

you tell a boy one thing and they hear another. haha.
Posted by Hillary at 5:29 PM 2 comments:

My mom has been looking for her sister since she was a girl. Two days ago, they were running towards each other with arms wide open and tears falling down their faces. What a beautiful thing this is. Family is special, and I am lucky I come from a home where my parents are together, and my sisters are my best friends. A piece of my mom has come and found her, and now she feels whole.
Posted by Hillary at 2:46 PM No comments:

It's Your Life- Guys, this song gives me CHILLS!

This is the moment
It’s on the line
Which way you gonna fall?
In the middle between
Wrong and right
But you know after all

(Chorus)
It’s your life
What you gonna do?
The world is watching you
Every day the choices you make
Say what you are and who
Your heart beats for
It’s an open door
It’s your life

Are you who you always said you would be?
With a sinking feeling in your chest
Always waiting for someone else to fix you
Tell me when did you forget

To live the way that you believe
This is your opportunity
To let your life be one that lights the way
Posted by Hillary at 8:32 AM No comments:

How Much Hurt is it Going to Take For Me to See It? 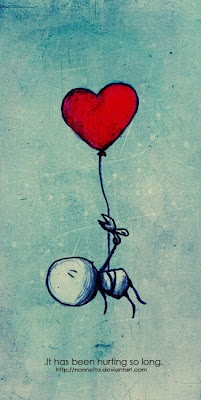 Whitworth started a "Post-Secret" box. It is a box that sits in the main student building(like Kellogg Hall at WWU) next to a pile of white paper. You take a piece of paper, fill it out with a secret, and then anonymously put it into the box full of secrets. Every week the secrets are added to this big board of secrets that fill the hearts and minds of the student body.

I stopped by the board the other day, and read until my heart became heavy, and then I kept reading and reading until I knew the secrets of all the authors.

This was Friday, and I am still thinking and hurting over the things I read...

It is so easy to read/hear stories or watch movies with people who are hurting, and then when it hits close to home, everything about that hurt changes.

Here are some things I read:

"My great grandma, grandma, and mom were all raped by their fathers. My dad broke this tradition, but I still dislike him."

"I pretend to be single and happy, but everyday I ask myself "What is wrong with me?""

"I decided not to get an abortion. Give me your love not your judgment."

I always forget there are people hurting all around me. After I was done reading, I just wanted to hug all those who shared what was on their hearts and minds.

Everywhere we go, we are crossing paths with someone who feels alone. I wish I could be the friend or the comforter for those strangers that are hurting.

It is important to be aware of the hurt all around us, and to not forget how much we are needed in this crazy world.
Posted by Hillary at 9:03 PM 1 comment: 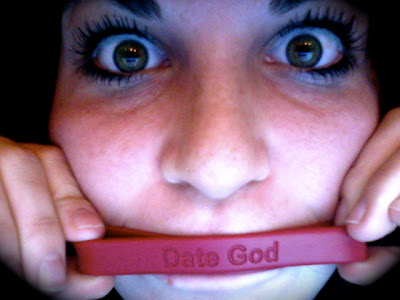 When I decided to rededicate my life to God, I called myself a nun. My goal was to "Date God." I wear a bracelet around my wrist everyday that reminds me of the commitment I made to Him almost three years ago. Sometimes something we look at everyday is not a good enough reminder to keep us focused on the REAL things in life. I was looking through my documents and came across this...

I hereby declare that I am a nun

As a nun I promise to do the following:

1. Fill my thoughts only of God

2. Strive for God’s Will in my life

3. Surround myself only of the things that lift God up

6. Love and be loved

8. Refuse to see people as anything less than human beings created by God

10. Take each problem as an opportunity to see God.

12. Always strive for a better relationship with God.

Sometimes I make myself laugh, and sometimes I realize how smart I was back in the day...Time for some refocusing.